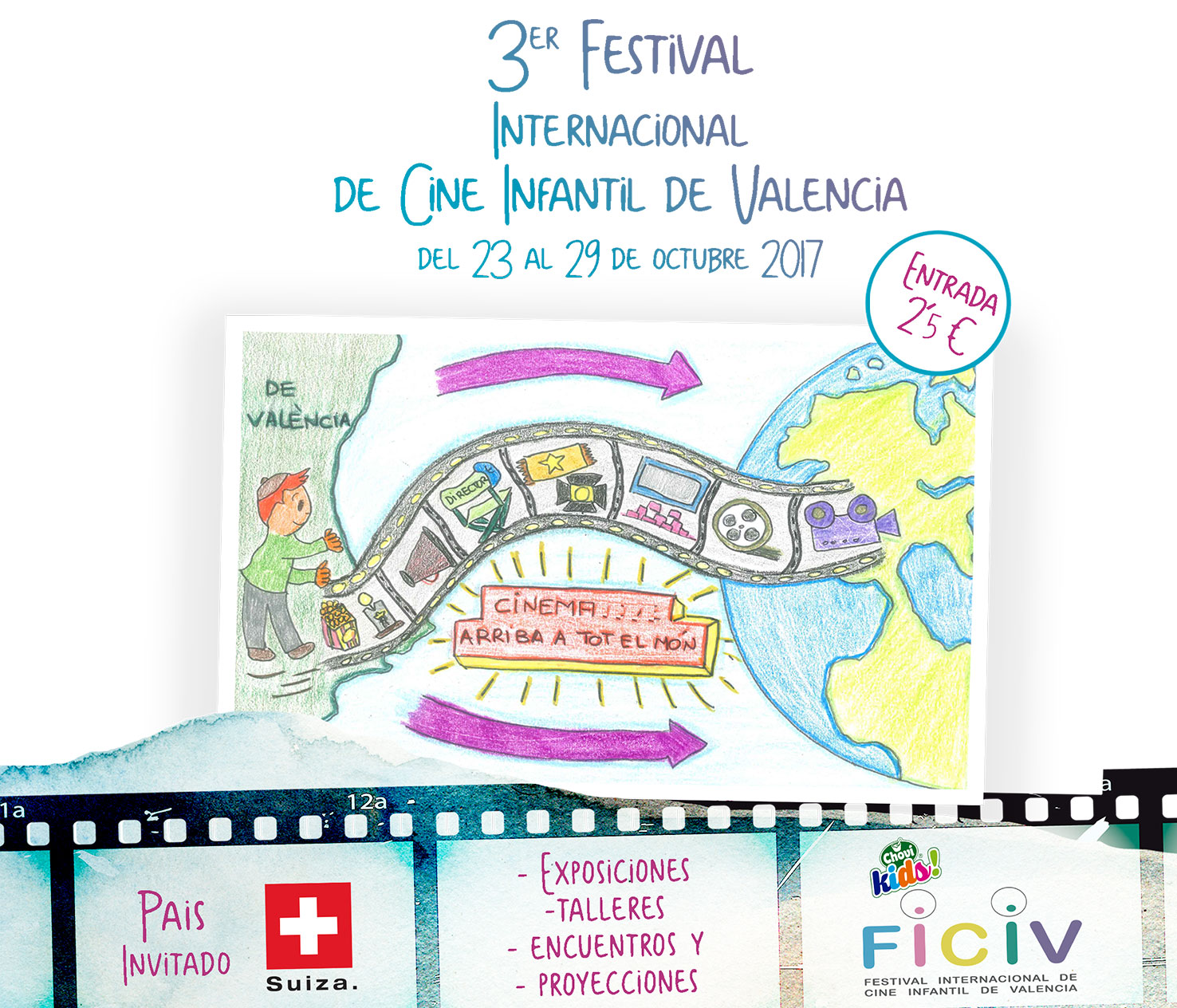 by Ficiv Posted 10 May, 2018 Sin categoría No Comments

From 23 to 29 October will take place the big week of the International Children’s Film Festival of Valencia. This year, we hope to excite once again, both the schools and the family public. In this third edition, from Ficiv we look for the first time to the world with an official section of infantile cinema to contest.

Four films will compete for the statuette designed by the Valencian artist Mar Revert. The Japanese “Cats. A trip back home “; The Mexican “Treasures”; The Ecuadorian “Instantanea” and the Argentine “Anida and the floating circus” The jury chaired by the writer Luis Gasca, accompanied by Felix Vanginderhuysen, secretary of the European children’s film association, Agurtzane Intxaurraga, Goya award for best animation film 2017, Josep Arbiol , director of the Mice festival, and Javier Tostado, president of Animat, will unveil the winner at the closing gala to be held on Sunday October 29 at the Mercantile Athenaeum of Valencia.

It is an honor for the Ficiv team, to bring together films from different parts of the world, a prestigious jury, two films without premieres, four expositions, film workshops, forums, and the “Va de mujeres” meeting; A table composed exclusively of professional women of the national cinematography where they will discuss the role of women in the cinema.

We want to share this festival with all of Valencia, which depends on a non-profit association that is viable thanks to the more than 30 companies and institutions that make this possible. Here we leave the ficiv 2017 program in this big week.

We will also have the director and producer Maite Ruiz de Austri, the actress, writer, director and winner of the Goya this year 2017, Agurtzane Intxaurraga, the producers Maria Lara and Nahalie Martinez and the representative of Cima in Valencia Giovana Rives.

We present the winning poster that will represent us throughout the edition designed by Adrián Feltrer Muñoz of CEIP Forn d Alcedo school.