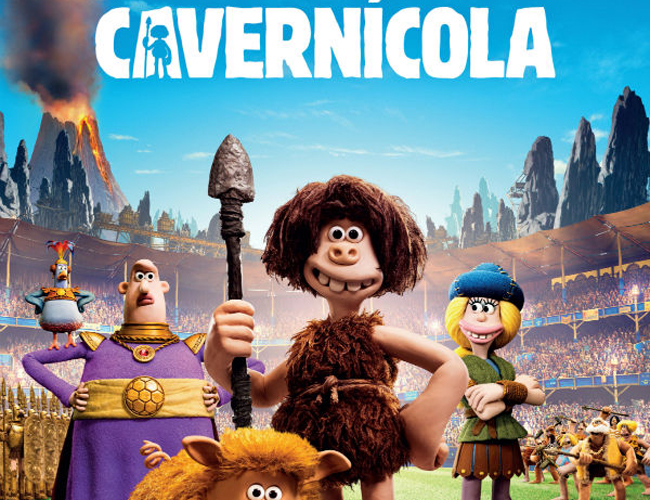 Valencia, February 2, 2018. After the success of the public in 2017, FICIV has put its first effort in offering an exclusive pass for collaborators for its link with the festival and for professionals in the Valencian animation sector. According to its director Marcos Campos: “This attractive film has exceeded the expectations of the organization. The pass was made possible thanks to the collaboration of Cines Lys and the distributor Vértice 360 “.

Dug, Caverícola, and Cerdog, Jabal… dog, are the protagonists of this new adventure of Aardman in which two civilizations, the Stone Age and the Bronze, compete to make room in history. How? In the best way that their ancestors taught them: with “the sacred game”. A match called to be the most epic in history! At stake there is not a cup, but the survival of the tribe of Dug, who sees his home in danger before the arrival of the evil and modern villain of the Bronze Age LordNooth. Cavernícola is the next film by the Oscar-winning director of Wallace and Gromit and Chicken Run, NickPark. It has been recreated for the occasion, under the protection of the animation studios Aardman (The Shaun sheep), a curious place located between the Stone Age and the Bronze Age.

After the success of the public and participants in 2017, the fourth edition of the International Children’s Film Festival of Valencia begins its journey with this first act, finalizing its proposals. The aim of the festival is to offer the possibility to the Valencian children audience to see feature films, expositions, round tables and workshops, FICIV aims to instill in the little ones the taste for the seventh art and create cultural concerns through fun, as well as being a referring as a festival thanks to its official competition. In addition, this year the Festival is present throughout the year with expositions, workshops and screenings in the schools of the Valencian Community.

If you disable this cookie, we will not be able to save your preferences. This means that every time you visit this website you will need to enable or disable cookies again.